Money as an ideal is far more lucrative and sought after than the actual substance itself. Authority, comfort, freedom, protection, or stability are assured by it, but only when the person holds onto the desire for it. Casinos serve as a launchpad from which one can instantly blast off into the outer reaches of riches. Be warned, there’s a chance you’ll be sent spiralling down twice as hard if you ride the rickety rocket.

Curated by Martin Mayorga and Vanessa Murrell of DATEAGLE ART, Hongxi Li’s first solo show Dream Rich at Harlesden High Street evokes the bare deception of a casino stripped of all its tricks and masks. On the 13th April, a date historically associated with misfortune, the newly-made installation explores the nuances and ephemerality of luck, especially the one constructed by corporate entities. This exhibition performs an autopsy on the enticing glossy imagery in order to make the liminality of the game visible.

A barely visible sticker depicting a succulent cherry and the exhibition’s name adorns the glass door of the entrance. By its sheer size, the iconography of gambling and the encouraging messages it conveys are completely obliterated and overshadowed. The betting den has no windows or clocks, obscuring all evidence from the outside. Conversely, the exhibition space, with its glass facade overlooking the street, lets light flood in to mitigate any secluded effect. The casino’s abundance of slot machines and neon signs create a dazzling cacophony that lures visitors, while Dream Rich offers a sense of serenity within the compact gallery.

Right in the heart of the room is the centrepiece, Slot Chair, a traditional seat on which the players rest while they wager. Casino seats are designed to keep the individual firmly anchored to the machine in order to be sucked into the game. However, the chair relies on a large, unstable steel spring, eliminating all balance since it threatens to topple the sitter. In the first of a series of discomforts titled Uncertainty, Li’s contortion of this staple piece of recreational furniture signals an atmosphere of danger and hostility, since it discourages people from occupying it. Inducing uncertainty through physical action, it enables one to savour the fluttering of a gamble without actually having to take part in it. The item was sourced from its natural habitat in London’s West End at Horizon Casino, and carefully upholstered, in order not only to create an illusion of a mass-produced object but also to convey the history of its familiar design.

A stark discord to the previous theatrical setting can be seen on the walls, displaying the cash out tickets the artist used to withdraw her winnings from Silvertime Casino in Harlesden, formerly a popular bookmaker. The location of this facility in a financially disadvantaged neighbourhood appears insidiously planned at best, and deeply exploitative at worst. Entertaining titles like Hot Chance, Fruit Sensation, Mega Joker, Sizzling Hot, Lucky Lady Charm, and Wild Safari refer to the slot machines the artist played, but the six data points don’t appear as optimistic as the titles suggest.

In spite of being framed as valuable artefacts, the slips of paper printed by the machine emphasise the lack of luck that produced these gains. Cash out tickets typically state only how much money has been won, rather than the amount lost, which often exceeds the earnings. As each ticket also indicates the end of a game, their clockwise placement indicate the passage of time as the games progressed. As opposed to a casino’s absence of clocks, these tickets serve as clocks by allowing time to flow between walls.

The end of a game is marked by these tangible reminders, either painful or solemn depending on the outcome. These are aligned opposite each other to represent the failed triple 7 combination that would’ve hit the jackpot had they coincided. A program that is designed to win every time puts into perspective just how aggressively the odds are against the gambler. The game is marketed as a social hub, but anyone who is susceptible to it can reroll it using an algorithm ‘autoplay’ without requiring human intervention.

By distorting familiar symbols and objects in Dream Rich, Li exposes the underlying and unconscious purposes that contribute to the formation of cultural and societal hierarchies. Examining the thin line between risk and reward, this artist’s debut solo show investigates the hypnotic influences of the gambling arcade and the mass produced manipulation at play time and time again. -Vanessa Murrell 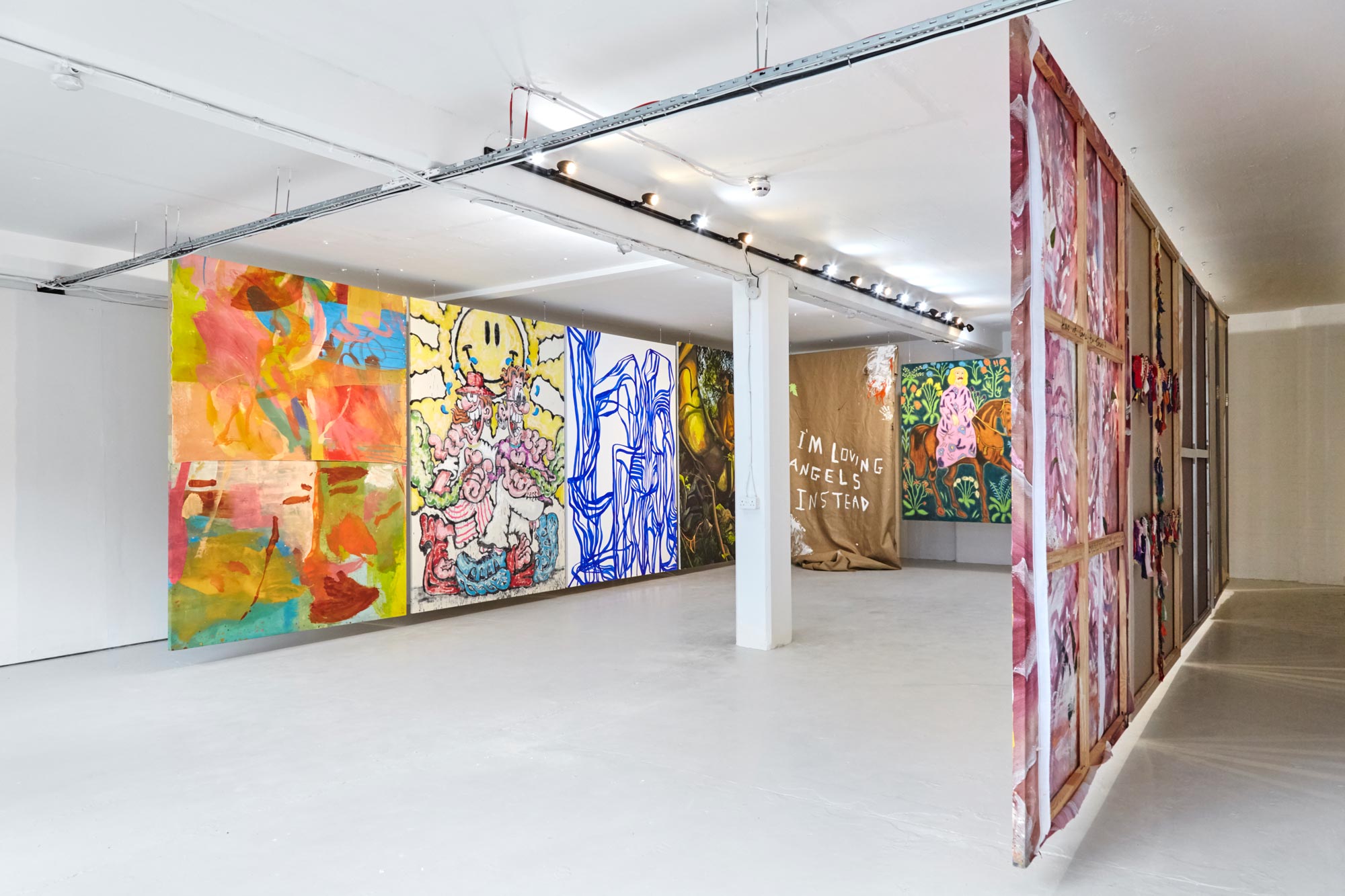