The Sphinx lies proudly; elegant and fierce on the pale yellow sand. The golden specks of her coat glisten under the Arabic sun. Elegant but merciless, a conglomerate of human wit and animalistic brutality, she is the mysterious creature that plots her divine revenge against Oedipus, who initiated her demise in a previous life.

The Scorpion scurries across the arid mud landscape. Faithful but predatory, a deceivingly diminutive creature that derives courage from its poisonous tail. He stealthily conquers Orion, the hitherto undefeatable hunter and giant, and is forevermore immortalised as a constellation.

In ‘Dark Air’, American artist Gray Wielebinski hybridises the Sphinx and the Scorpion in a site-specific installation where two individual creatures have been surgically stitched together in a gruesome amalgamation of bodies. The resulting mutant oscillates between the delicate and the monstrous, the graceful and the grotesque, the human and the beast. Both beings, in their respective mythologies, are threshold figures, mutually entwined in roles of guardianship. In Akkadian myths, ‘Scorpion men’ guard passage to the sun, whilst the Sphinx is a warden at the entrance to Thebes, armed with an entry-authorising riddle. 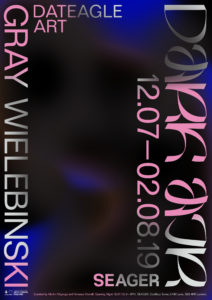 Rather than display a body of work, this show foregrounds a body as work and as a constantly reimagined patchwork. The grotesque Frankensteinian beast consolidates the body – whether stuffed and stitched or made from flesh and bone – as a site that offers far more than exclusively binary possibilities. It is an object ripe for charging with diverse interpretations, or none at all. The Sphinx-Scorpion, as singular centrepiece, is here emptied of its function – guardian of nothing. A false prophet; a talismanic mascot at a football game. Our expectations are eschewed, as the pilgrimage to the supposed threshold is itself the ritual; the anticipated gateway unexpectedly becomes the final destination.

As a single work in a decontextualized space, the stuffed animal is both filled with a plurality of potential identities and itself fills the blank but expectant space of a white-walled gallery. An open-ended encounter in a closed-walled space, the stuffed giant offers not only itself for contemplation, but its placement within and relationship to its anticipatory hosting space. -Vanessa Murrell

The football scarf stand situated at the entrance of the gallery offers the prospect of community and modern balm of commercialism to the disoriented pilgrim, like an illegal merchandiser outside the concert hall. Welcoming an opportunity for ceremonial contemplation, the electric carpet below the piece, its vibrancy evocative of a hearth, is at odds with the flesh-coloured tones of the monster atop it, reminiscent of a sports-uniform enshrouded teammate. Beyond the textile giant itself, these contingent elements encourage additional symbolic interactions with fabric, and explore the very fibres woven into ritualised worship and spectatorship. In this ambiguous space, myth and sport are shown to be intrinsically interlaced and intersect with the layers that comprise religion, revenge, rites of passage, ‘Americanness’ and masculinity.

Wielebinski’s work focuses on the transitory space that exists between concrete labels and what these ambiguous lacunae can reveal. Practices and faiths are opened for dissection, uncovering meaning in everything from the macro to the micro. Americana, memorabilia and the ‘art world’ itself are revealed as forms of myth making. For the artist, the apposition of laborious daily work in the studio with the joys of an exhibition opening night is exposed as a personal vs. performative tension, subject to ritual and attributed significance. Through this show, the artist seeks to explore their own nuanced relationship with their body, gender, socialisation and art whilst rejecting the strict narrative of ‘before and after’ dualities.

* This exhibition has kindly been supported by Arts Council England. 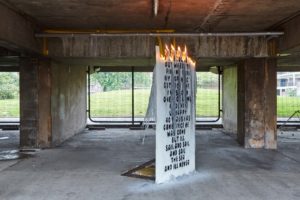 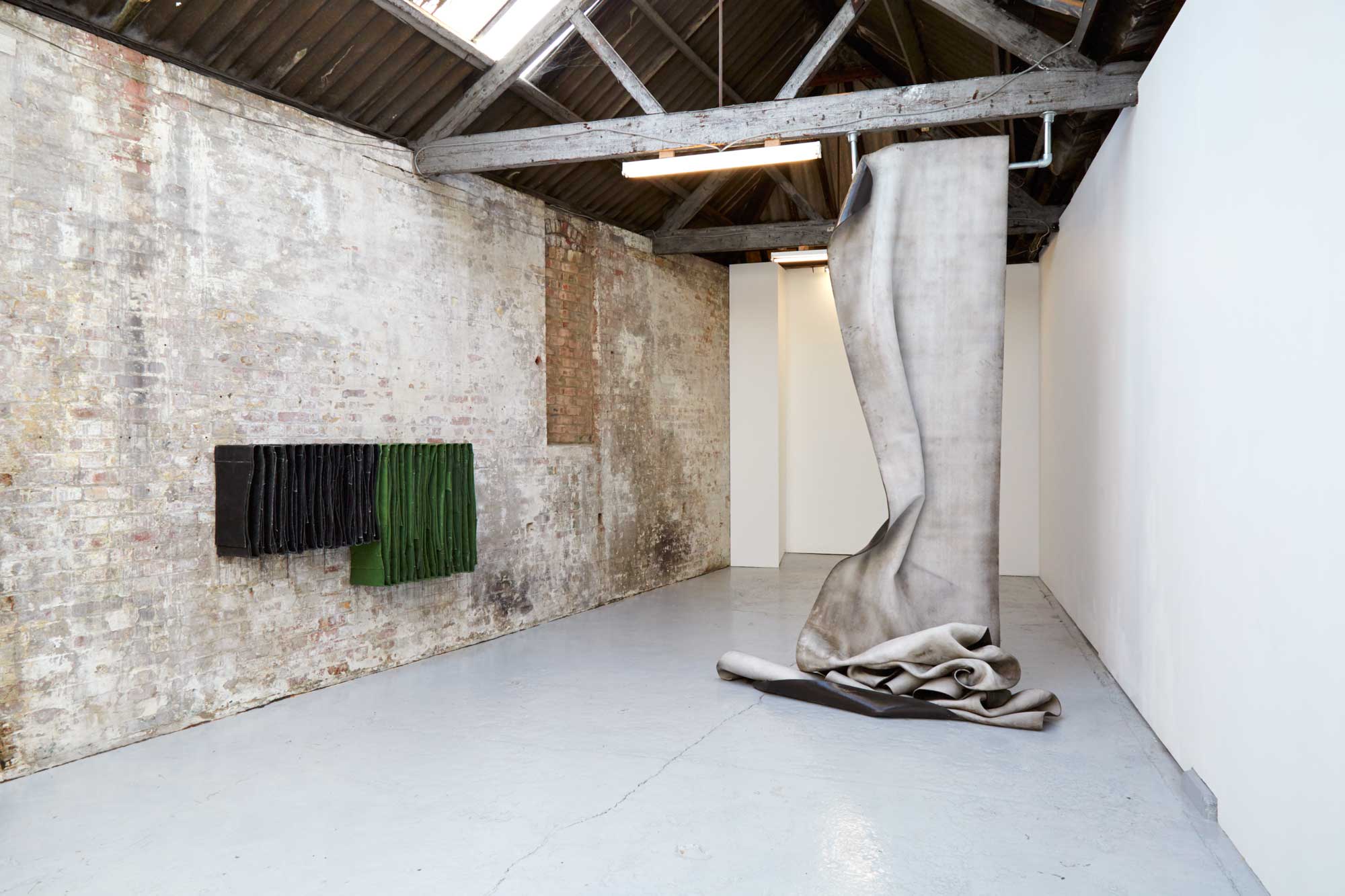