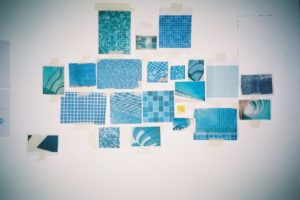 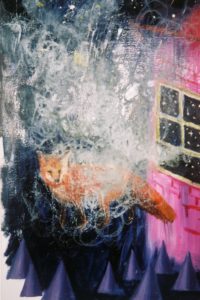 “Catch for us the foxes, the little foxes that ruin the vineyards, our vineyards that are in bloom”

Foxes – cunning tricksters of the urban night. They are an insistently present part of the fabric of the city – distinctive size, colour, tail – but they exist mainly in the liminal spaces of our perception. Darting in front of the headlights of a night bus; playing on the steep bank of a railway cutting; occasionally trotting down the side-alley of a pub at twilight, in plain view of the window-drinkers but disregarded by all.

Like mice on the underground platform or pigeons in the public squares, we ignore the foxes that coinhabit our urban spaces as if they are something distasteful. But there is something deeply primal and unescapably wild about the fox. That gut-wrenching call that sounds like the cry of a human child. That instantly recognisable nostril-flinching smell of rank musk from the fox’s mark-making. That surreal shock of coming face to face with a real, living, frightened animal that is so often absent from our urban and screen-focused existences.

There’s that fairy-tale element, too. Foxes, it seems, are easily anthropomorphised, perhaps because their resourceful hunter-scavenger lifestyles speak to an important element of the human spirit. From Beatrix Potter and Roald Dahl to Disney’s animated Robin Hood, foxes are everywhere.

They also appear in no fewer than 28 of Aesop’s fables, the most famous of which is probably “The Fox and the Grapes”:

One day, a fox spied a vine with a delicious-looking bunch of grapes hanging from it. He leaped with all his might to reach them, but he could not leap high enough. When he had tired himself out with leaping, he turned away. “Those grapes aren’t even ripe”, he said scornfully, loudly enough for some passing animals to hear, “it’s not worth wasting my time to get them”.

Although the Bible and Aesop depict foxes seeking grapes, in London it is usually bins full of wasted food that they use their cunning intelligence to access. Artist Nayoung Kang has defied the social convention of wilful ignorance by watching the foxes on her road in East London and tracking their movements.

As an insomniac, she gains a perspective on the urban environment that is seen by very few city dwellers. The foxes, she found, have a particular routine, waiting to ransack the rubbish bags until shortly before the bin lorry arrives, presumably because they have found that this is when they are least likely to be disturbed.

A native of Korea, Nayoung Kang was surprised by the presence of these urban animals when she first moved to the UK as much as she was by the way others seemed to overlook them. She found herself making encouraging noises to the foxes on her street, much as other people might cluck at a handsome horse in a field or coo over a stranger’s friendly dog.

Her 2018 project Moon Street (recently shown in Seoul) is an immersive environment that recalls the road-world of the foxes. A sound piece presents the artist’s encouraging whispers, while kaleidoscopic lighting evokes the ever-changing lights of the city at night: the rise and fall of the moon, the swing of headlights in the distance.

Lighting is also used to cast spotlights on elements of the installation, which is otherwise claustrophobically nocturnal. A pile of tarmac turns the plain building-stuff of roads into a lunar landscape, the dramatic shadows it casts playing with scale and notions of the sublime. Meanwhile, another spotlight points to the corner where a taxidermy fox tail emerges. Is the animal’s body just out of sight, mid-way through disappearing down a tiny hole in a Fantastic-Mr-Fox-style impossible escape? Or is this the once-bloody, dried-out remnant of a death caused – either deliberately or accidentally – through contact with humans?

An experimental model for the exhibition now sits in the corner of Kang’s studio, a small mountain of tarmac built on a structure of cardboard and plaster. Two fox-tails (one real, one faux) emerge from this, suggesting either a den (foxes are nothing if not resourceful) or a distorted example of roadkill.

Nearby are photographs of swimming pools, a sand-filled garbage bag made of glass, and a stack of sky-blue, perfectly imperfect plaster cones, pointing to a practice that utilises reference points such as human transformation of the natural world and the cultural construction of the tropical.

Taped to a wall are two paintings. The first depicts a fox again, turning its head to gaze at the star-filled window of a pink house that is emitting a plume of smoke. Those cones are here again, metamorphosing from man-made plaster forms to symbols of indeterminate danger. It’s unclear whether their forms are natural or unnatural, whether they recall the primal threats of thorns and shark-fins, or the ordered human signs of danger such as traffic cones. What’s also unclear is whether they protect or threaten the depicted fox, or the absent humans implied by the domestic context.

Next to this is a painting of a frog, with wings sprouting from its speckled back. It’s almost outlandishly folklore-ish, and in the context of Kang’s work and studio, it provides an anchoring point, reminding us of our primal and inescapable connection with animals even in the urban contexts in which most of us live, while also reminding us of the lengths many of us go to in order to ignore the insistent presence of those animals in our everyday lives and cultural imaginations. 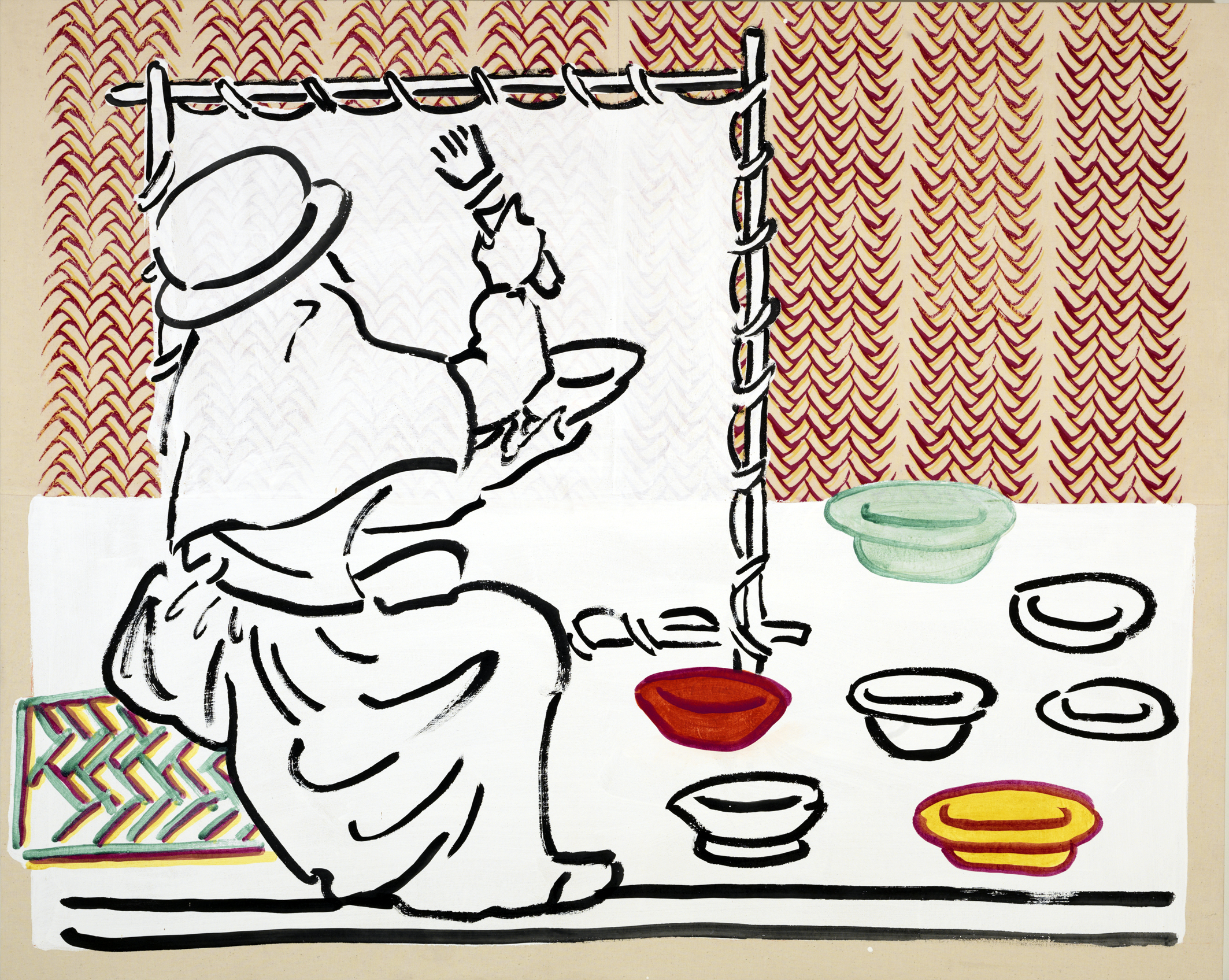