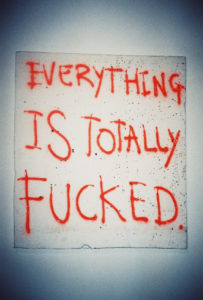 The British artist on approaching duality through his practice.

Anyone concerned in accepting the state of things as they actually exist need to look no further than the artworks of Thomas Langley, to see how generously revealing they can be. The British artist uses an interdisciplinary approach, where his works incorporate a pastel-toned palette in contrast with bold tonalities, along with roughly layered marks to depict his internal thoughts. Better known as simply revealing, his compositions are disturbing yet familiar: the language used in his works is harsh, but with a playful aesthetic that evokes a strong sense of familiarity. “Duality and contradiction are things I consider, everything is double edged and I try not to hide these, but place them on a level platform.” Thomas remarks. The artist’s interest in class distinctions and culture-at-large clearly inform his work, but his fascination with the day-to-day internal conflicts that he deals with is what really leads to such personal, yet universally concerned works. Intrigued by his signature style of integrating contradiction, we stopped by his studio to learn more about his practice, and about his works on view in his current solo show “Future Absurdities” at Unit 1 Gallery I Workshop.

Street culture and working class are major themes concerning you. Did your opinion in relation to this topic change when you moved from Kent to London?

I don’t view what I do as a reference to “street culture”. To me its just culture on a level playing field, this hasn’t changed for me since being in London. Class divisions are horrifically apparent in London just as they are everywhere, I guess.

Your practice is very interdisciplinary, covering performance, drawing, sculpture, and painting. How do you choose which is the best medium to tell the story you want to?

Each work is considered in terms of material and subject to enhance the “thing”. I’m not sure this is very different for any artist.

There is a fine line between life and the process of your works. Are you interested in achieving a balance between both?

I don’t observe a line between the two, this is something I want to attempt to demonstrate through making.

Your work is generously honest with the viewer, telling them your personal thoughts and feelings. Explicitly revealing, is there anything “hidden” beneath these brutally honest messages?

Duality and contradiction are things I consider, everything is double edged and I try not to hide these, but place them on a level platform.

Could you expand on your recurring work “Buy Mum a House”?

It’s about the roles we adopt in family situations, how they can be approached through making. I want to approach responsibility through my practice, which until now it has been a constant negation of.

Humour takes up a significant part in your practice, especially British humour. Your works are witty and often dark, and for me, using humour changes the meaning all around. Can you tell us something more about it?

There is the idea that the Jester is the most powerful member of court. Having the freedom to say it how it is, through humour and a select position, he can circumnavigate getting his head cut off. This is something I find fascinating.

How do you deal with the pragmatic aspects of making physical objects? Do you think adapting the works to practical circumstances sacrifice it’s meaning?

I don’t think about it too much, if the work becomes to function on a level that is practical, it doesn’t therefore become “non-art”, it simply becomes an aspect of the work.

Your works speak universal truths but are also very personal, dealing with your own struggles. Are they all a take on how you position yourself as an artist in relation to social status and power?

It goes back to the art/life divide notion, which I as I have said, I do not foster. The idea of universality is that it is both universal and personal at once. It is impossible to share something without taking a piece for yourself I guess.

What about the title of your current show, “Future Absurdities” at Unit 1 Gallery?

It is borrowed for a previous work entitled “An exercise in sensibility to secure possibilities of future absurdities”; it was my degree-show work in 2010 for which I built a space to live in. This was designed to enable me to live in simple fashion, and make artwork without having to earn much money. Now I am approaching the end of my postgraduate studies, and I wanted to project the notion of arriving at a point where I could focus on these “future absurdities”, but as we all know, tomorrow never comes which for me is the punch line in this impossible joke.

Yes, I’m showing as part of a group show in January titled “Acts of disruption” at The Concept Space, London, curated by Alice Bonnot. I’m also working towards my postgraduate degree show, opening in June at the Royal Academy Schools in Piccadilly, London. 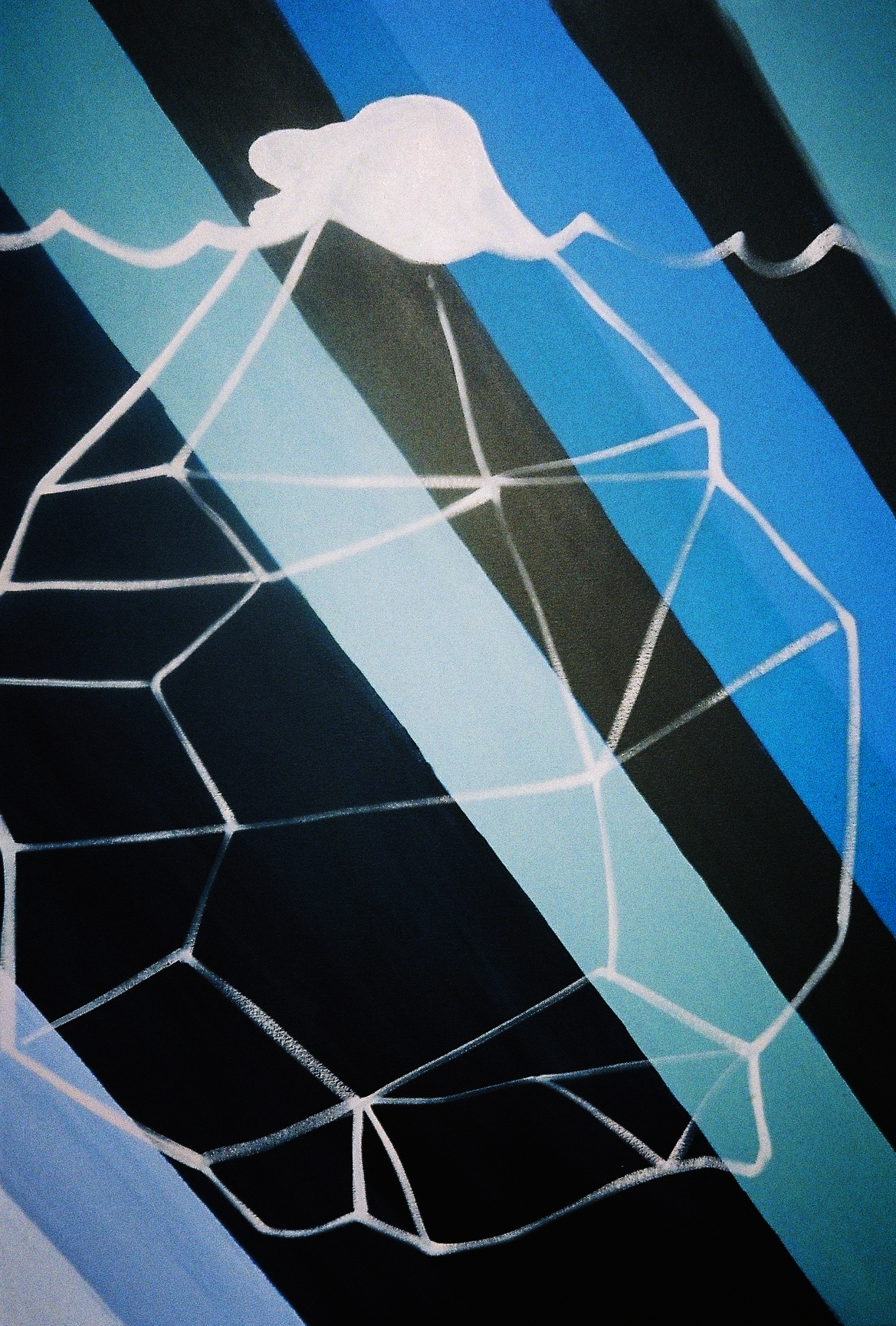