The decennial arts festival in a day.

Skulptur Projekte occurs every ten years in the city of Münster and surrounding region. The city wide, mainly outdoor, sculptor festival starts in mid June and runs until the end of September. Much can change in ten years allowing the Skulptur Projekte to provide a platform for reflection and a more profound voice than many art biennials are able to offer. Now, in its fifth instalment, the curators have selected artworks that explore the relationship between art and public spaces; inviting a range of international artists with socially and politically engaged projects, plus a few who consider the technology of the future. There are 35 artists participating this year over multiple sites plus artworks from previous are still available to see in the city – here are a few highlights to look out for:

This large-scale installation set in an abandoned ice rink stands out for its ambitious use of the space. It’s a fascinating building to visit and worth the short cycle ride out of the city centre to see what is termed as a ‘holistic ecosystem’. Pierre Huyghe is known for having a practice that deconstructs or alters biosystems, often applying technological interventions and placing them in alien environments. This artwork works on many levels- it is an intriguing venue or habitat that reveals subtleties from within.

Not too far away is Jeremy Deller’s artwork ‘Speak to the Earth and It Will Tell You’. Located in a charming allotment hut, Deller has collated a series of approximately 33 journals completed by the allotment holders. Staring in 2007, the project was initiated to invite 50 members to keep diaries of their everyday lives and activities. The open brief allowed a range of different interpretations including gardening notes, newspaper clippings and personal artefacts. It’s interesting to see the colony alone, many Münster residents don’t have gardens, and so the allotments provide a social space and extended home for its tenants.

Approaching the local community from a different angle, Koki Tanaka invited eight Münster citizens of differing origins to participate in his project. They were brought together for a ten-day workshop in which they discussed the subject of ‘How to Live Together’. Unlike Big Brother and similar formats that enforce a relationship between strangers for sensational results, this artworks purpose was to create a series of pertinent questions and responses around the political climate and refuge crisis. The project is presented through a series of films, sound recordings and photographs; it’s worth allocating at least an hour of time to absorb some of the content.

Looking to the future, Aram Barthold offers a series of responses to the widespread phenomenon of digitalisation. His work suggests how we can use sustainable power sources in the urban environment that are not only functional, but also aesthetic and charming. ‘3V’ is a set of five LED chandeliers powered by tea lights that would continue operating in a power cut. ‘5V’ is a thermoelectric device that transforms the heat of a fire into electrical energy that can be used to power a phone charger. This work is a teaser – to charge your phone you are required to use fire, mankind’s earliest means of communication, whilst sat around a camp fire with the device operator, perhaps engaging in an old fashioned conversation?

Rising from the ground next to a bulldozed patch of land is a significant one-storey structure designed by Christian Odzuck. For those unfamiliar with the area it would be easy to pass the site assuming it is in the middle stages of building project, however it is an artwork. Odzuck investigates the artistic concerns of architectural fragments and structural processes in the city. For this piece, he reconstructed elements of the site where the premises of the financial authorities once stood. Focusing on the conspicuous exterior stairway of its previous occupant, a new staircase and platform is in place, for visitors to enter and explore.

This very popular artwork by Nicole Eisenman is a central part of the festival tour. Designed around a basin; it is a fountain reminiscent of a queer Arcadia for the Promenade. Five figures grouped together, lounging around in the nude, it presents a contemporary scene and comical take on classical sculpture that instead of elevating it’s subjects displays them as mundane. Sadly, it has been the victim of vandalism, the artist and organisers are working on a solution to restore the sculpture. This compounds the attention and risk involved in presenting work in such a public location but hopefully does not deter!

One of the most Instagram friendly artworks is Ayse Erkmen’s piece ‘On Water’, it literally allows it’s audience to walk on water. The place-specific intervention plays with existing structures to create an ago alter function or process. At the harbour a below water level footbridge has been installed to connect the two shores together; inviting the audience to consider the separate uses of each bank-side. The only shortcoming is that you can’t cross onto the opposite bank, which would have been a nice touch. However what the piece provides is a visually rich and family friendly artwork that can be purely enjoyed for the experience, or interpreted on a deeper level. 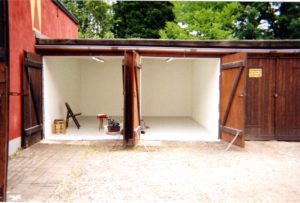