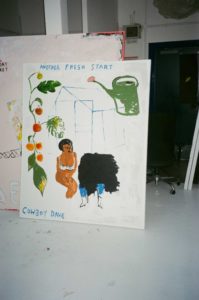 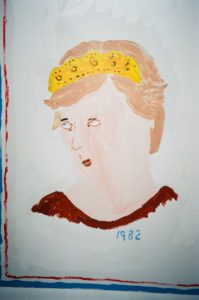 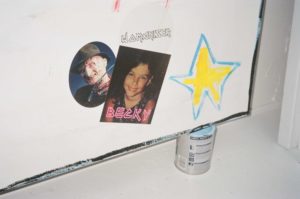 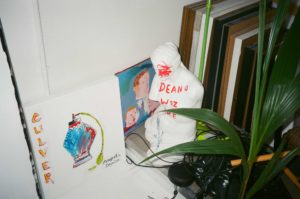 Richie Culver’s art works have become a phenomenon within the emerging art scene in the last two years. The artist’s autobiographical approach explores the cultural and social binaries found in the UK’s socio-political systems. His canvases, all of which are categorised into series, depict everyday scenarios that are recognised for their humour and references to popular culture. Common ‘Culver iconography’ includes greyhound racing, Princess Di, barbershop scenes, car logos and counterfeit goods from local markets. Born in Hull, Culver openly uses his experiences of growing up in the North as important material, often juxtaposed with his move to London as an adult. His exhibition ‘No one knows me like Dawn from the Job Centre’ at Hull’s Humber Street Gallery earlier this year reflects the way in which he stereotypes and often incorporates humour as a way of dealing with charged subjects that highlight the stark contrast between the South and North of the UK. Often occupied by large white space, Culver combines both abstract and figurative elements, which continue to evolve stylistically, as does his reputation as a social commentator, post-Brexit.

You didn’t go to art school – with this in mind, how have you found navigating the emerging art scene and the path you have taken in it?

Not going to art school is something I constantly battle with. I’m happy with how it has turned out, but there is always a question of how it could have been, had I attended art school. I still might, who knows!

When did you begin painting and how long was it before you felt you had found your own style?

I started painting at school. It has never been a constant thing; usually the cost of canvas or paint has been the problem. Having a “style” is another battle. Themes change constantly, but I believe that the composition and textures I work with are starting to come naturally now – even with really old college work from 10 years ago. I see a thread now, and my old works would sit well with my paintings of today.

How do you approach a blank canvas in your studio?

With great caution and difficulty, usually! Then it becomes a process of layers, by using different textures of Acrylic to paint over various gestures or words perhaps. Then, painting over again with household gloss. These are mediums that don’t really react well together. Eventually, the background will show enough wall like texture, almost like a bad Artex wall, and then I can start to tell the story. Usually I start with text, and then add the border.

You enjoy playing with language in your work; has this always been the case?

Yes, it just comes really naturally, I think even before painting. Coming up with titles etc.  I do struggle with it sometimes, as in I’d like to progress one day without the text in my work, but it never seems to happen.

Your work from 2017, is much more figurative than your more recent 2018 creations, which appear to blur the line between abstraction and figuration. Is there a particular reason behind this change in style?

Not really, this recent work all came together quite late. I wanted it to be an extension of my last body of work, however this time using slightly mundane objects like Ventolin inhalers or fake perfume bottles. I like the hopelessness of it. It gives me space to create some kind of glamour around them.

The title of a canvas, for you, always comes before you know what you are going to paint. Once you have the title, can you visualise the artwork?

It varies; sometimes I will name a body of work, even for a group show, and then create the work around that. It helps fence my ideas into one story.

You mainly work in series, and they often have themes (Princess Diana, Racing Dogs, car logos) – would you agree that most of your themes, so far, have tapped into popular culture in the UK?

Yes! Although, the topics could be seen anywhere really. This new body of work is much less ‘English’ though. It wasn’t a conscious decision, it just happened like that.

Would you say that the socio/political commentary found in your work could mean the humour in your work is observed as more of a dark comedy?

Yes, for sure. It has to be! It would be super depressing if it was seen in any other way. The work is almost going into a Fantasy Zone now. I quite like that. Painting about the Bookies, life on benefits and the Jobcentre was quite stressful, looking within the social climate of today is also quite relevant, but it wasn’t an area I wanted to paint about for long.

You have started to incorporate stickers into your new body of work in order to allude to the style of a teenager’s bedroom wall – can you tell me more about this series, and why you have decided to work with collage?

I designed a load of stickers for a sculpture I’m working on to give a collage-like feel. Growing up, I would stick stickers on everything. Then, as I got older you could see the progression of things I was into. Like from Spider-Man through to Rave Culture. Almost like a timeline. So, I wanted to introduce it to some paintings also.

You have a group show coming up at Kristin Hjellegjerde Gallery and will be exhibiting alongside the Portuguese artist, Pedro Matos. Can you tell me about the body of work you have created for the exhibition?

I have created three large-scale paintings and three smaller ones. Based on Hair salons, Ventolin inhalers made by Yamaha, and Fake perfume brands you find at markets. The works are loosely based on an indoor market in my hometown where you can basically buy everything, and it’s all fake.  I also made a Giant pair of Nunchucks, as there was a King Fu store there also.

Would you be interested in creating a show of just sculpture work?

Yes, definitely. Some way down the line though, not just yet.

Which other cities would you be open to living in/visiting as an artist?

I have lived in most places to be honest. Lisbon is a place I visit lots, I love it there. Copenhagen also. Hull is always an option, as it’s vibing at the moment as is Manchester. Detroit is probably top of my list though. 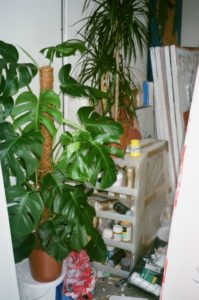 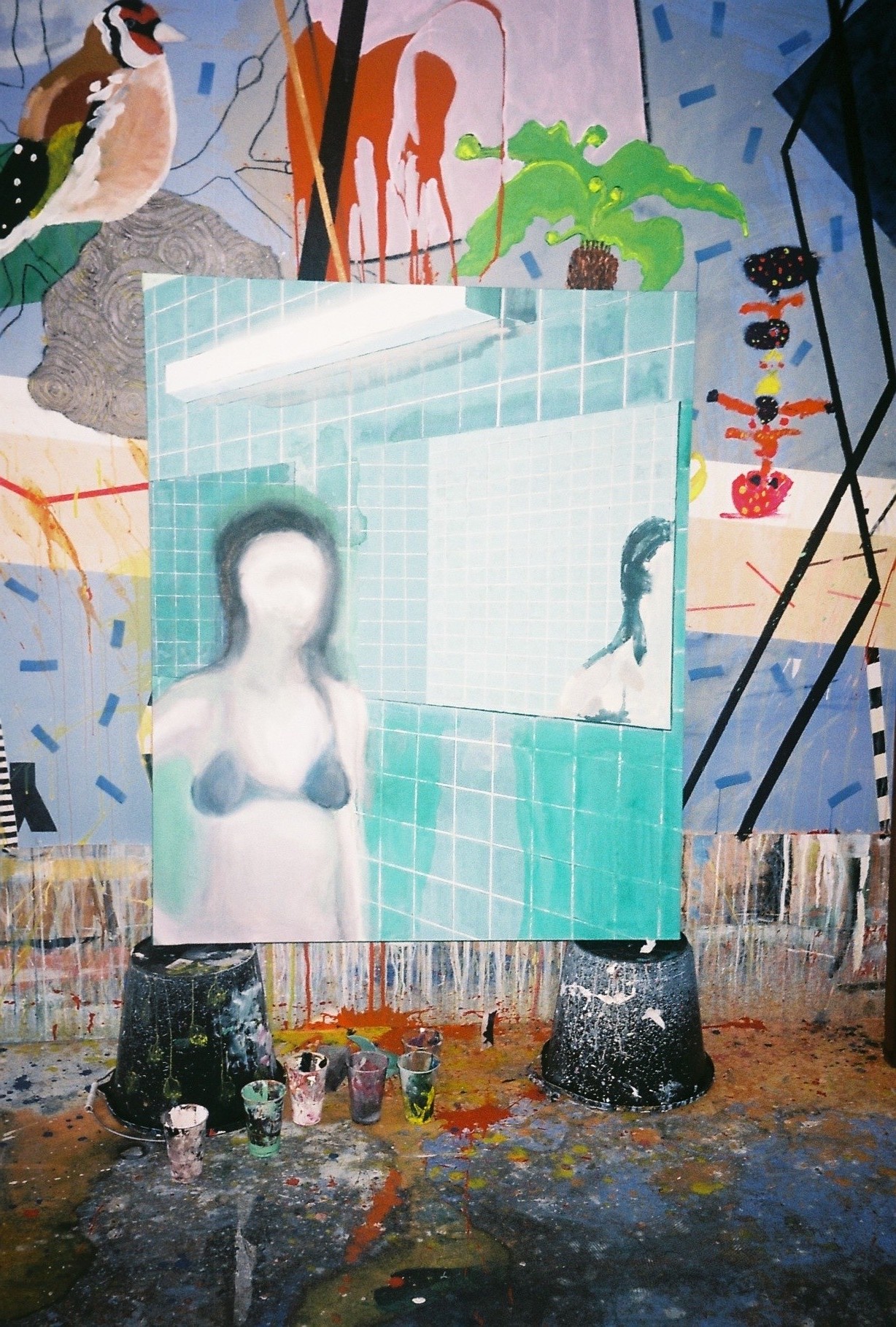