A place of sanctuary and gifts…

Richie Culver kindly welcomed DATEAGLE ART into his studio in Westbourne Grove on one of the hottest days of the year. A place of sanctuary for the artist, filled with natural light, the studio allows Culver the space and time to disconnect from the outside world and focus on producing, what appears to be, a never-ending stream of work. Using his canvases as visual narrative, Culver explains to us the different ways in which his aesthetic has evolved since he began painting again back in 2015; part two of his artistic career – as he calls it. Despite his lack of ‘formal training’ at a traditional art school, Culver has successfully built a strong identity for himself, both on and offline, as a self-taught artist. With many exciting opportunities and projects ahead, Culver discusses some of his mantras, one of which is to never allow anyone to leave his studio without a gift – thank you for the stickers! 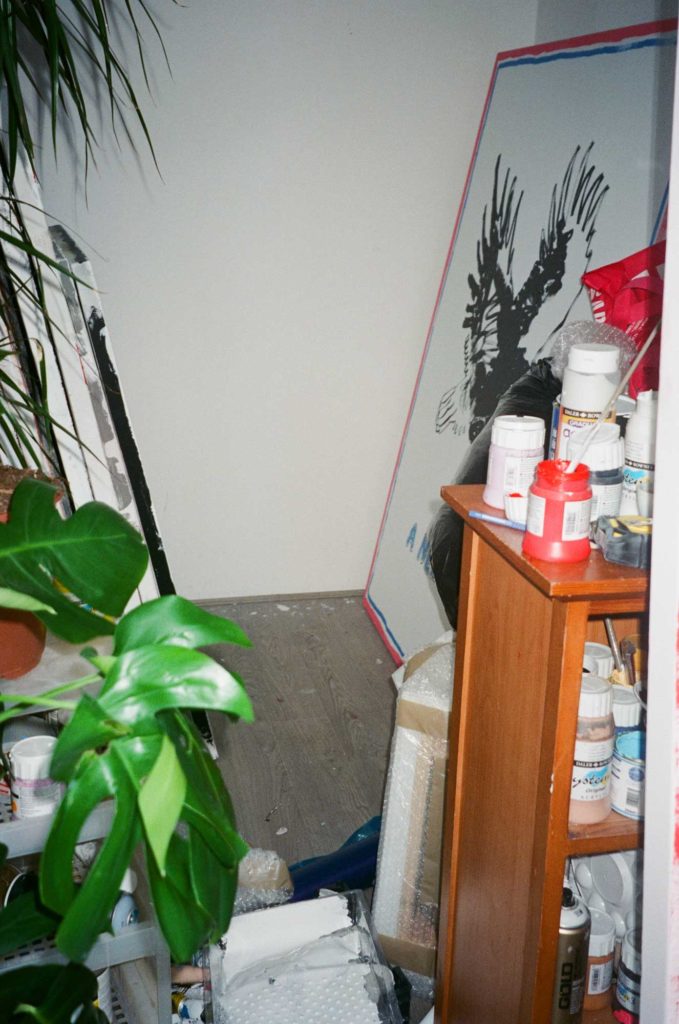