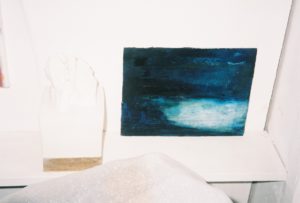 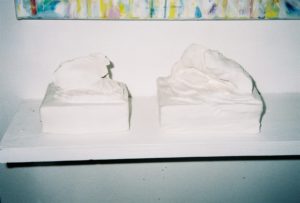 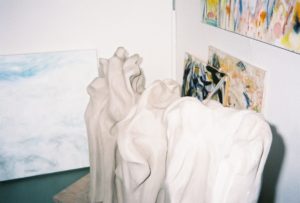 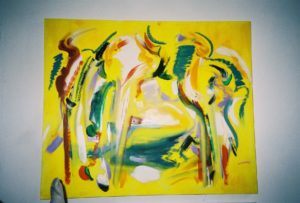 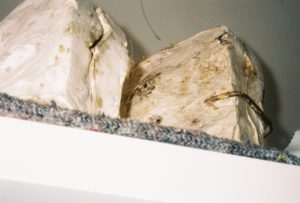 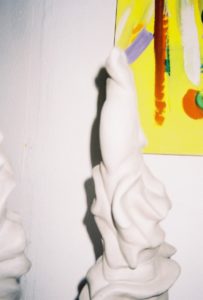 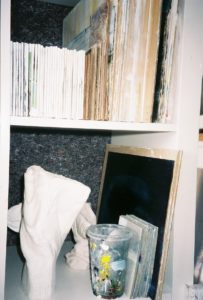 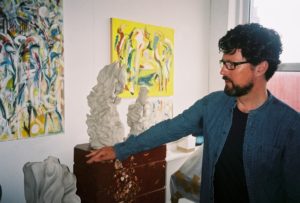 The artist splits his time between Dalston and Pietrasanta.

Sitting in Richard Stone’s Absorb Art studio in Dalston, London, one senses a fluidity of ideas given the range of people working there. This old factory conversion is the setting in which Stone draws into his works, and the artist keeps hold of a few key unfinished pieces in the space, as a reminder that there’s something that he’s still looking for – “I have a found white porcelain horse rearing up that I love the shape and finish of, perhaps it’s a charm”, Stone mentions. The artist not only holds a few highlight pieces, but has also carried a journey into his workspace, by bringing a red marble plinth that came from the Fitzwilliam Museum in Cambridge into the space. “I do like the journeys of things and the fact that these plinths likely had something grand, heavy or fixed atop, but now they support maquettes for sculptures that have a much different, lighter, ephemeral energy.” The artist works with no distractions, mood-boards or sketches, and the only reference image on the wall is that of Derek Jacobi as King Lear, a newspaper cut-out from the Evening Standard. In that respect, the artist mentions “I love it so much. There’s such a vulnerability in his image and placement and something incredibly powerful as well, reaching out to as well as drawing in the audience. The curtain behind the character is like something from an old painting that should imply grandeur, yet the clothing and crown of wood and flowers has an air of arte povera. The flowers for me have an air of resistance too, like new life emerging from the ruins. Then there’s the characters descent into madness, well it has all of these interesting resonances.” 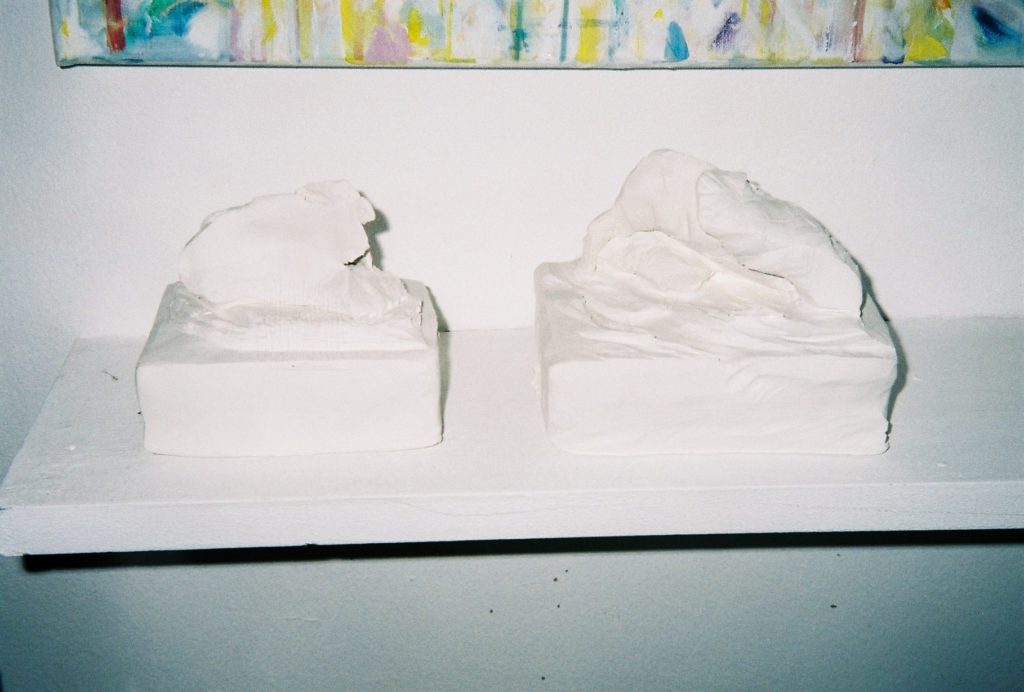 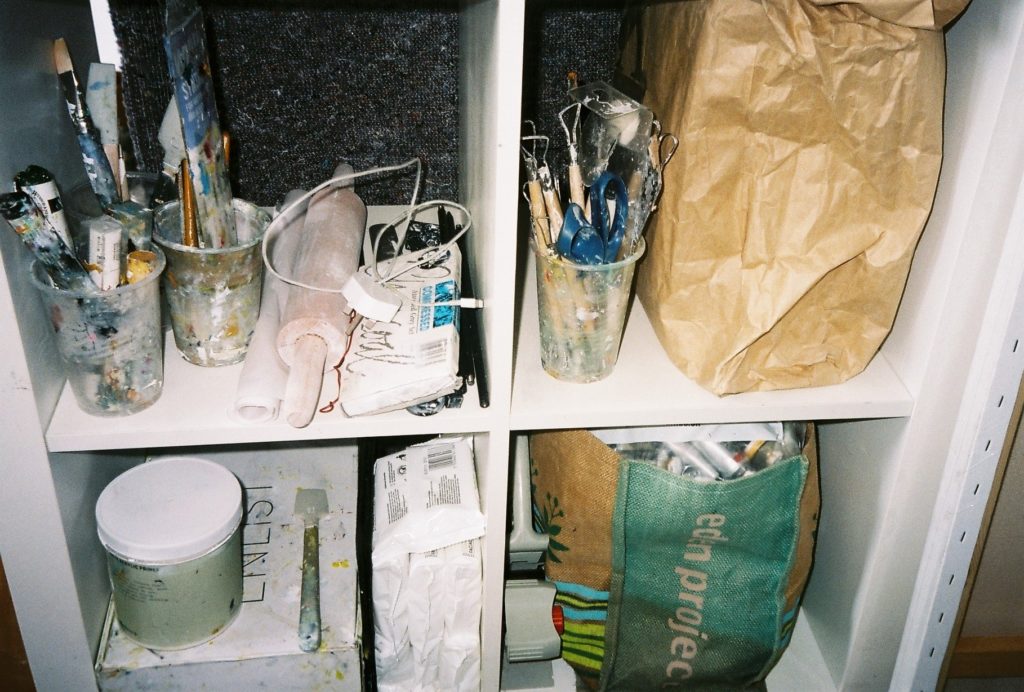 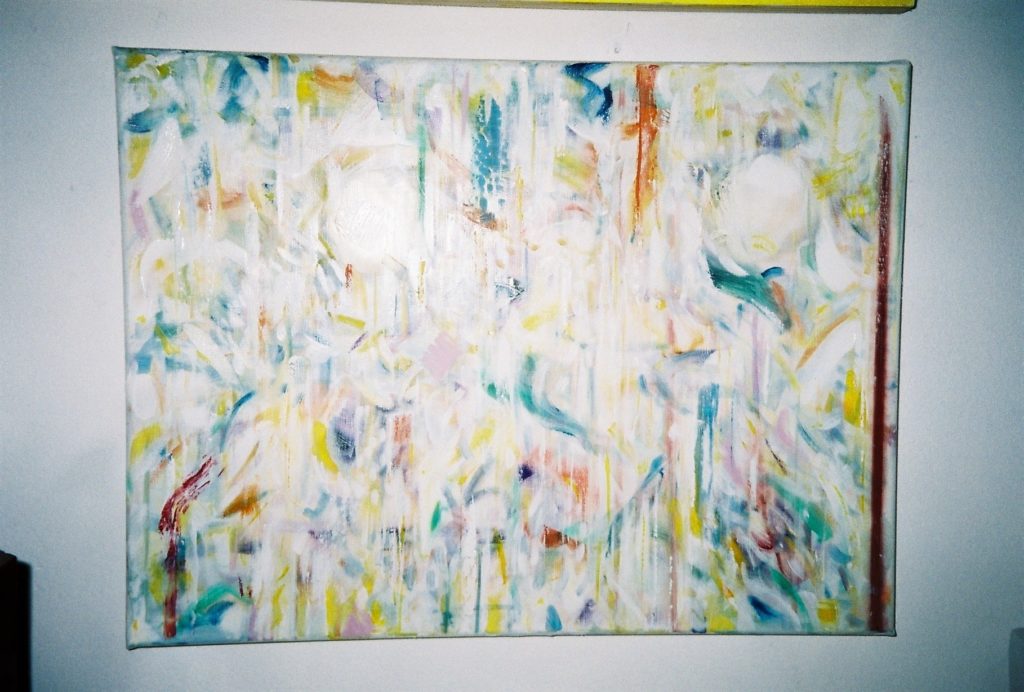 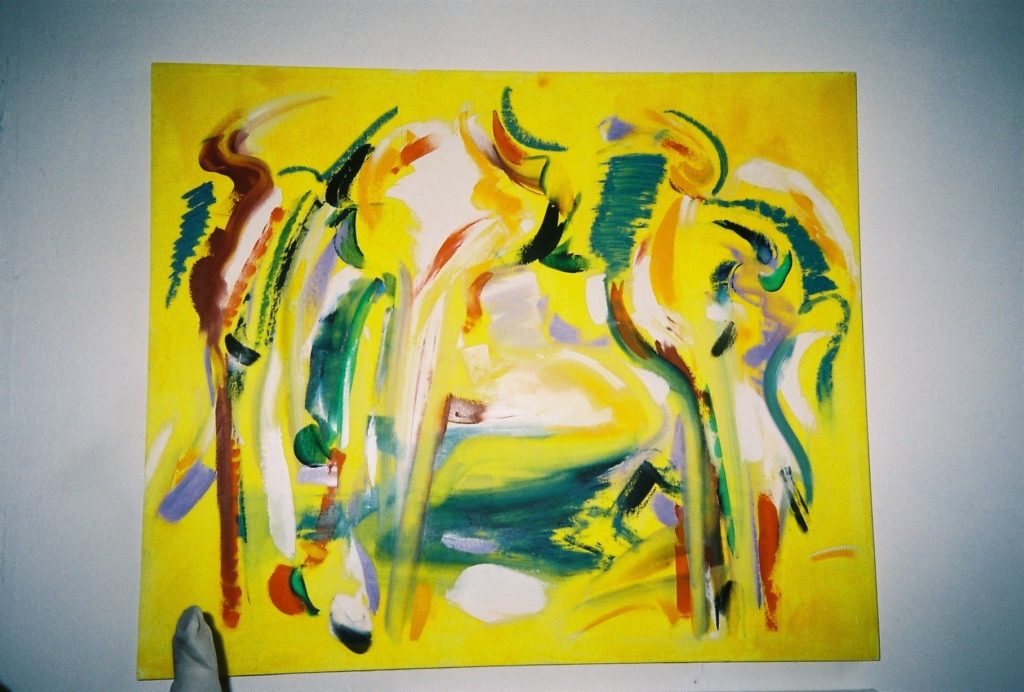