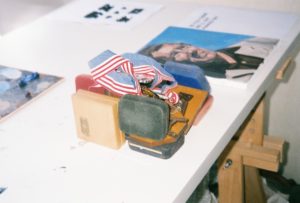 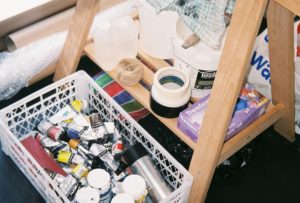 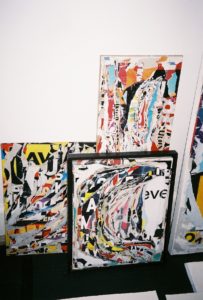 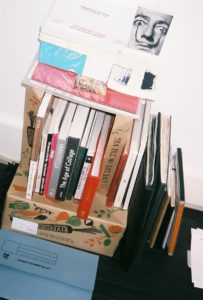 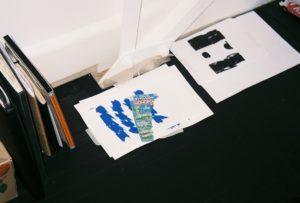 During our visit we observe first hand Peter Evans‘s meticulous attention to detail. While his collage work appears chaotic and spontaneous, his process is quite the opposite. On the floor of the studio are three separate piles of a torn up advertising billboard Evans has recently acquired. He explains how each pile is intention, as they differentiate the separate layers of a new work. There is method to, what would appear on the surface, as sporadic madness. Evans fascination with the discarded is also reflected in his recent Scratch Card series. Walking through the streets of London, Evans became intrigued by the amount of littered lottery tickets. Observing the markings as signatures of despair, he began to scan and enlarge the forms, which once taken out of their original context, look like beautiful abstract patterns. Ultimately, Evans practice is occupied by people’s behaviour and the way in which he can utilise his surroundings to reflect this in his work. 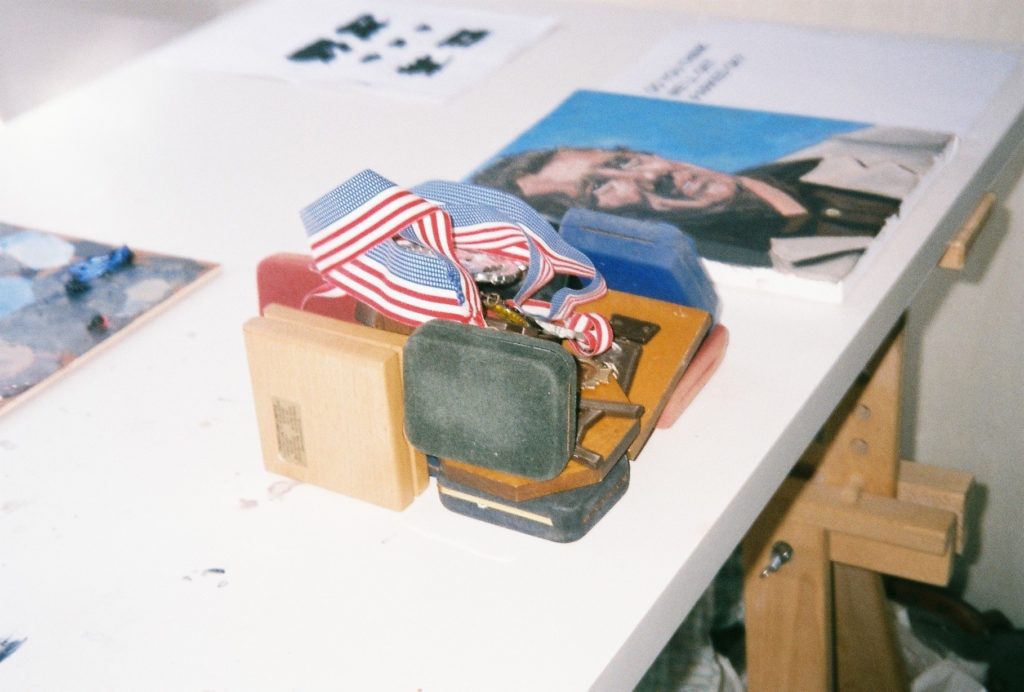