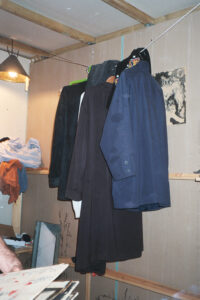 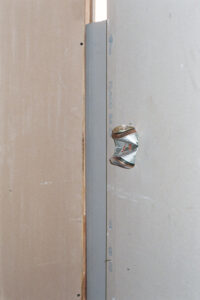 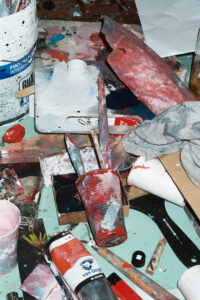 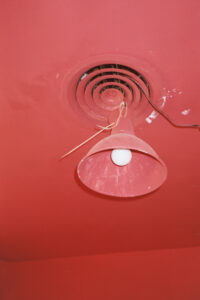 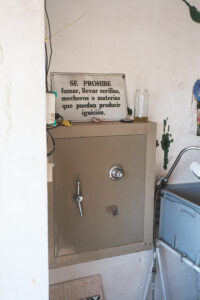 Down the labyrinth of thorns.

Entering a red room with a human size portrait of a close-up distorted face, artist Juaki Pesudo opens the elevator door to his live and work space in the industrial district of L’Hospitalet in Barcelona. Underneath murky layers of oil and wax, the original Cara Delevingne Dior billboard, now part of Pesudo’s series ‘biutiful show‘, hosts the entrance to a warehouse lifted with metal beams from which toys, traffic lights and tyres hang. Shared with seven other artists, every corner of the space offers a refuge to hoarded objects, becoming a playful environment of constant stimulation, where one can eat from a DIY pizza oven, sit in a hybrid structure – half office chair, half supermarket trolley – or tour a chain of wall drawings and writings that could easily summarize the flow of enigmatic activity happening in the ship. Under incessant conversion, this ecosystem adapts to Pesudo’s intuitive way of jumping in between the mediums of drawing, music and paint. The process of creating takes place two floors down, through a back staircase, where an elongated room is fully covered with his latest work in progress. The artist’s routine is governed by urge, with peaks of intensive activity, otherwise leaving the monsters from his darkest nightmares alone. Surrounding his bed remain traces from his latest room show ‘spinas lindas’ which Pesudo called an “ode to the Pilot pen”, taking the form of creepy rose bushes that emerge from the ground. Balancing out the hauntedness of these demons, the tension is eased by the indirectly heated light of the window wall, from where the rooftop and the Mediterranean sea frame the horizon. 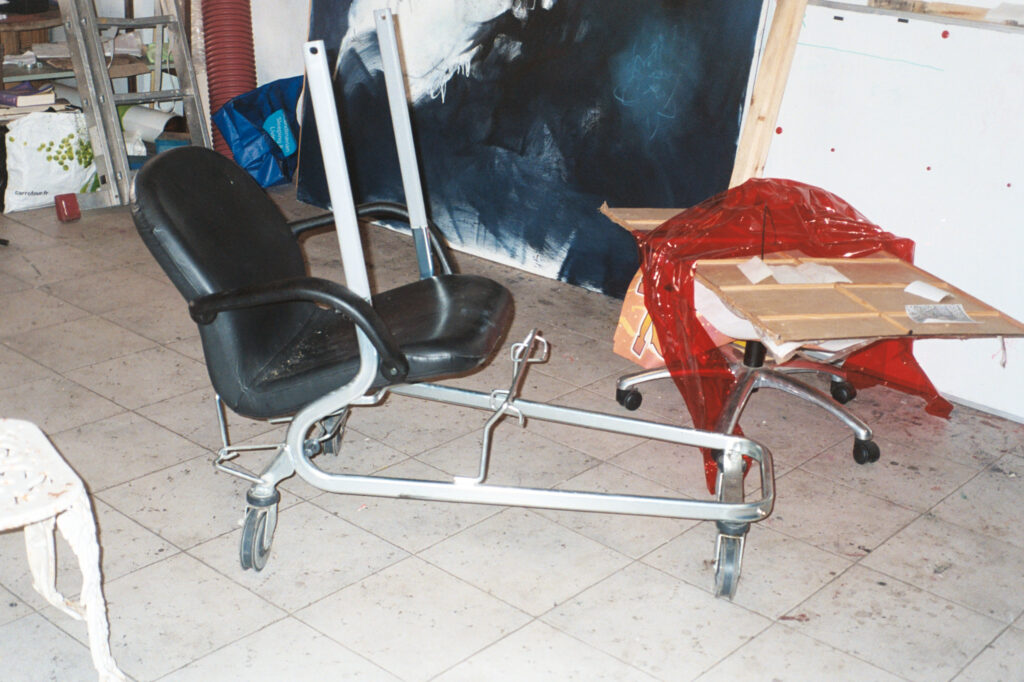 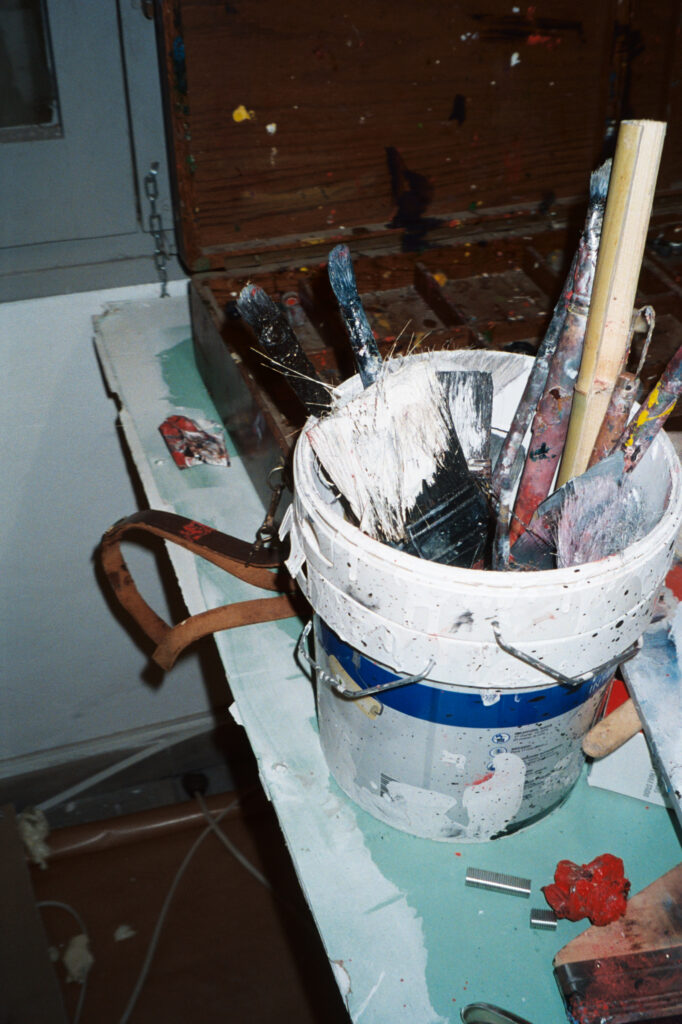 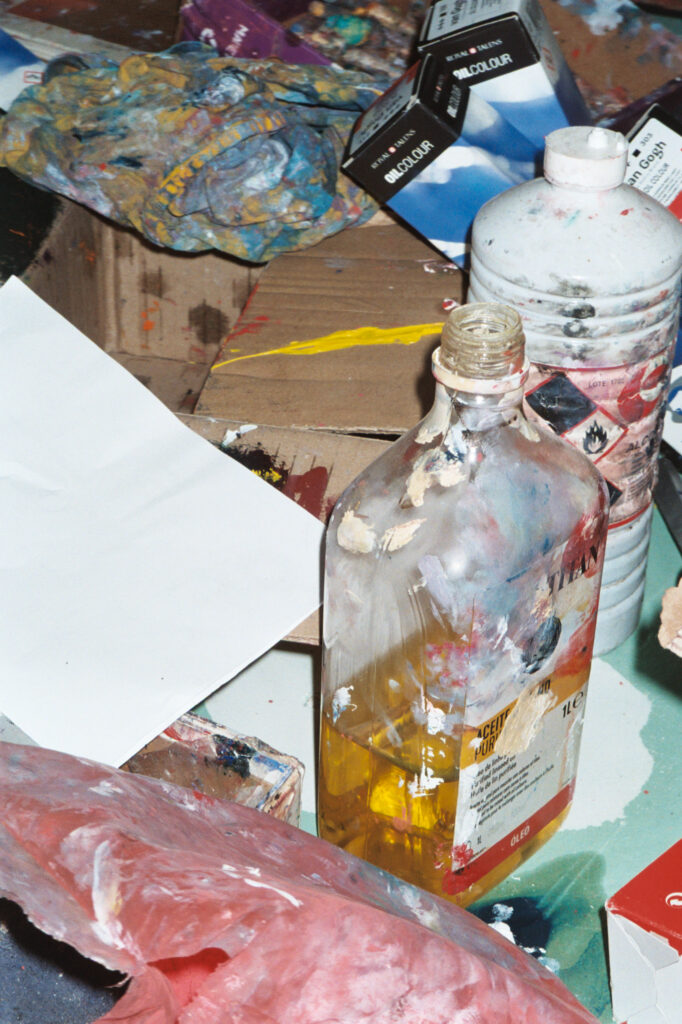 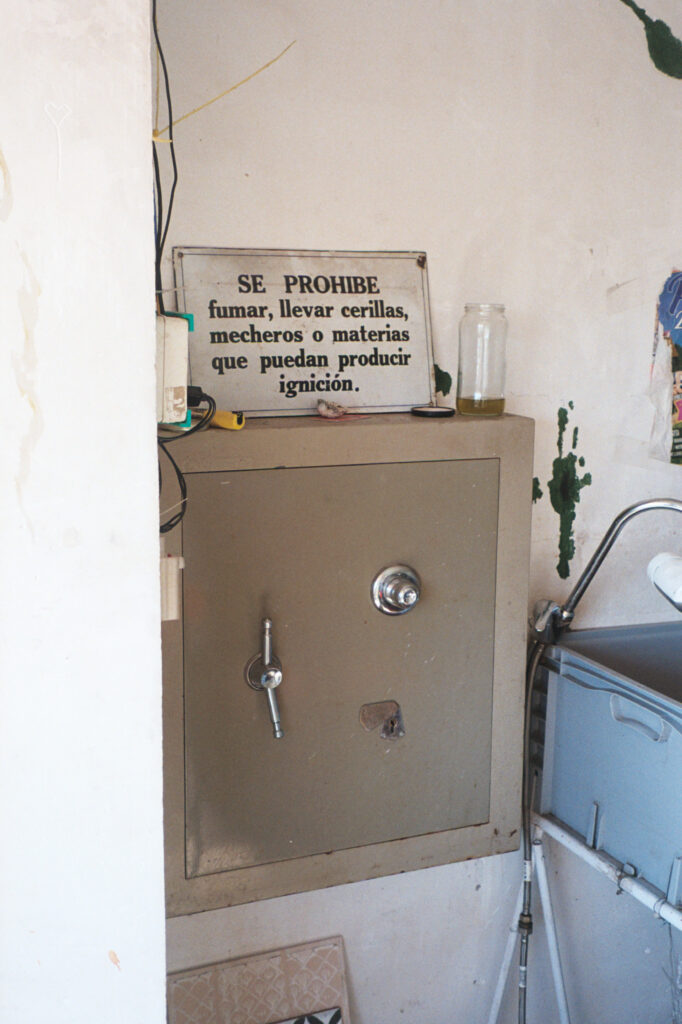