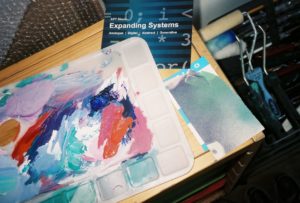 Into the only place where the artist can be.

We visited Charley Peters at her Cell Project Space facility, where she moved around 18 months ago; a satisfyingly organised bright structure with high ceilings that serves as a “silent player” in the story of her works being made. It is no surprise that artists studios come along with a strong associative baggage, often romantic and tied to the myth of the artist – a closed and private space where the thought process and compositions are made. In this regard, Charley affirms “there is something of the stage set about it, where things I need to make my work feel like props in the narrative of art making.” Not many studios are visible to the general public, yet Charley’s space features in a lot in her Instagram stories, allowing the public to engage with the various stages of her work-in-progress, being sometimes undetectable in the final paintings. “I’m quite happy to show my work unfinished in this way, because the stories are so ephemeral that they disappear 24 hours later, by which time the painting will have changed too. Documenting my work being made in the studio feels like an important part of how I ‘see’ the work evolving, and I like sharing that with other people too.” 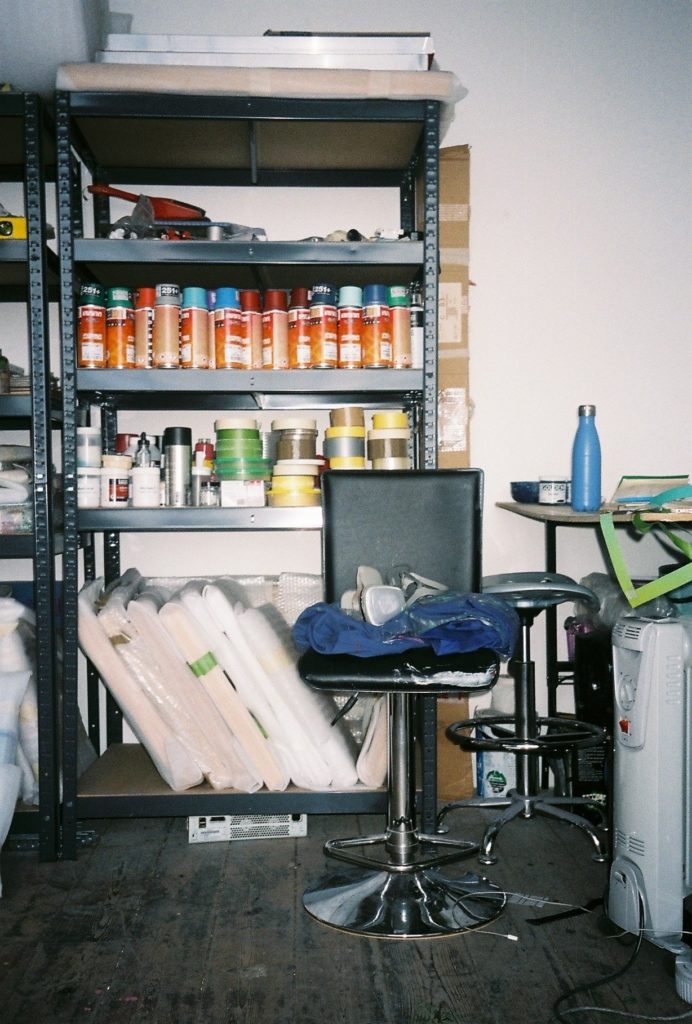