How art and community can save us.

Throughout my life I have struggled with my own mental health. As a teenager trying to find my way in the world I suffered with crippling anxiety and an extremely low sense of self-esteem. To put it bluntly, I didn’t like myself very much at all. Now, I start by saying this to you not to garner pity (this story has a happy ending), but to stress the simple fact that for years I felt very much alone in this world. The thought of talking about these issues to anyone filled me with dread, and the endless mantra of “Im fine” became a thin crust under which all my emotions and confusion about myself festered.

These underlying issues inevitably led to bad behaviour as I grew up, and after getting in trouble again at school I was sent to detention in the art block as punishment. It was here that I suddenly discovered an outlet that allowed me to express my identity, and discuss things I was dealing with in a less direct way than saying them out loud to someone. With the guidance from an incredible teacher that believed in me, I quickly became obsessed with this new thing called “art”. Soon any free time I had, I spent there. Come rain, wind or snow I was constantly in the studio making whatever work I could; to be honest with you it didn’t even matter what I was making, what mattered to me was that I was in a space where I felt I belonged. Never before had I been around other people who were interested in the same thing as me. The sense of camaraderie was infectious. Even at this very early stage I loved the sense of community and safety this place gave me. I had caught the itch.

Seven years later, my practice is still one of the few outlets I have to truly express what goes on inside my head. Working in painting and sculpture, my practice fetches recurring characters and narratives to process my relationship with my past. My childhood and my own experiences are a springboard to discuss wider issues around what it means to be male, and to challenge traditional representations of manhood. A recent series I have been working on documents the pressures that we face as young men to succeed and be physically dominant. Using the boxing gym as a site within which to frame my characters, I examined how moments of extreme vulnerability in, what is generally considered, a breeding ground for testosterone and toxic machismo. Other works of mine have investigated my own experiences with body dysmorphia, health anxiety and the pressure to perform sexually. Growing up in my hometown, among my male friends there were always unspoken pressures to be tough, to be cocky, physically and mentally strong and good with the girls. The fact that I can discuss these issues through my work not only allows me to discuss my own identity but also question how these social pressures have negatively affected so many young men that I grew up with.

Despite feeling lucky that I had discovered a passion in my life, when I eventually reached Central Saint Martins to do my BA, I still couldn’t seem to shake this feeling that I was alone in discussing male mental health. It felt like a very taboo topic to talk about. Around this time, many student group exhibitions were popping up all over London; interested to see what they were doing, me and my partner Brooke Wilson would go along to see them. Despite many of these exhibitions showing strong individual pieces of work, there was no overall impact; no attempt to challenge the audience, or raise any important questions. Often these shows looked more like a random collection of objects than a body of work interrogating a single issue.

The date was now June of 2018, both Brooke and myself were approaching the end of our first year at university. It just so happened that at this time serious cultural debate was starting to take place around the horrifying male suicide statistics, exemplified in the “Standing Men” sculpture series placed on the side of the ITV building by artist Mark Jenkins. However, we felt as though within the more specific art school circles, these statistics were not getting the attention they deserved. Inspired to discuss these complex issues in greater detail, we had the idea to curate what was to be a one off exhibition, that would raise money for the mental health charity C.A.L.M (Campaign Against Living Miserably). This exhibition was to feature six male artists who either struggled with their mental health, lost friends or family to suicide, or who used their practice as a way to dissect their own sense of masculinity. We decided to call the exhibition: “Boys Don’t Cry – The Modern Man”.

As a pair of young clueless art students who had never even had a conversation with a gallerist before, let alone organised an exhibition, we found ourselves massively out of our depth. However, by working as a team rather than as individuals, eventually everything slowly started to fall into place, and despite the fact we had no idea what we were doing we managed to create a really effective dialogue around mental health within the six artworks we had featured in the show. On the opening night we were incredibly surprised to see the room packed with people, many of whom had expressed how much they valued this conversation even happening in the first place. We had also started to get messages via social media from artists up and down the country, from Scotland to the Cornish coast; many artists were asking how they could get involved to help us push this project further. To be honest with you the experience was quite overwhelming.

It was after this that we decided to turn Boys Don’t Cry from a one off exhibition into an active art collective. Through a rotating set of artists, each new project was to examine a different aspect of masculinity. Our new collective ethos was simple: we wanted to create not only an open and inclusive discussion around male mental health, but also, to provide a community where young artists could support and collaborate with each other. Since then the experience has been phenomenal, with the group constantly growing into what is now around thirty artists from a range of backgrounds and areas within the UK. Since our first exhibition we have had three more, with our most recent examining the use of social media and its effect on the minds of young men. Our next upcoming project is the result of a six month collaboration with the Central Saint Martins Museum and Study Collection, where we have been looking at male figures featured within the university archive who have either struggled with their mental health or tragically taken their own life; many of these figures remain unknown to the students at the college. As a group we have been using these moments as a springboard to then reflect back on our own experiences with mental health. As many members of the collective have their own close experiences with these issues, this has led to a very moving and much needed connection between the past and present of mental health awareness. Perhaps even more importantly than the artwork itself, there has been a real sense of emotional support between all of the artists involved.

If there’s anything that I want you to take from reading this – it’s that you are not alone, whatever you are going through. When I think back to how I felt all those years ago, I would have never imagined that so many other young guys like me were struggling, and that I would eventually find a family where I could comfortably discuss my problems. I also want to stress that as young creatives, whatever our background is, we should remember that we are always so much stronger together than apart. In the current social and political climate we find ourselves in, all the systems in place are designed to stack against emerging artists, but working in a collective with a group approach has allowed all of us in Boys Don’t Cry to support each other both professionally and personally. With this mutual encouragement we have helped ourselves as individuals, and hopefully as a collective we can continue to create a meaningful dialogue around mental health for anyone else out there who is struggling in the same way. 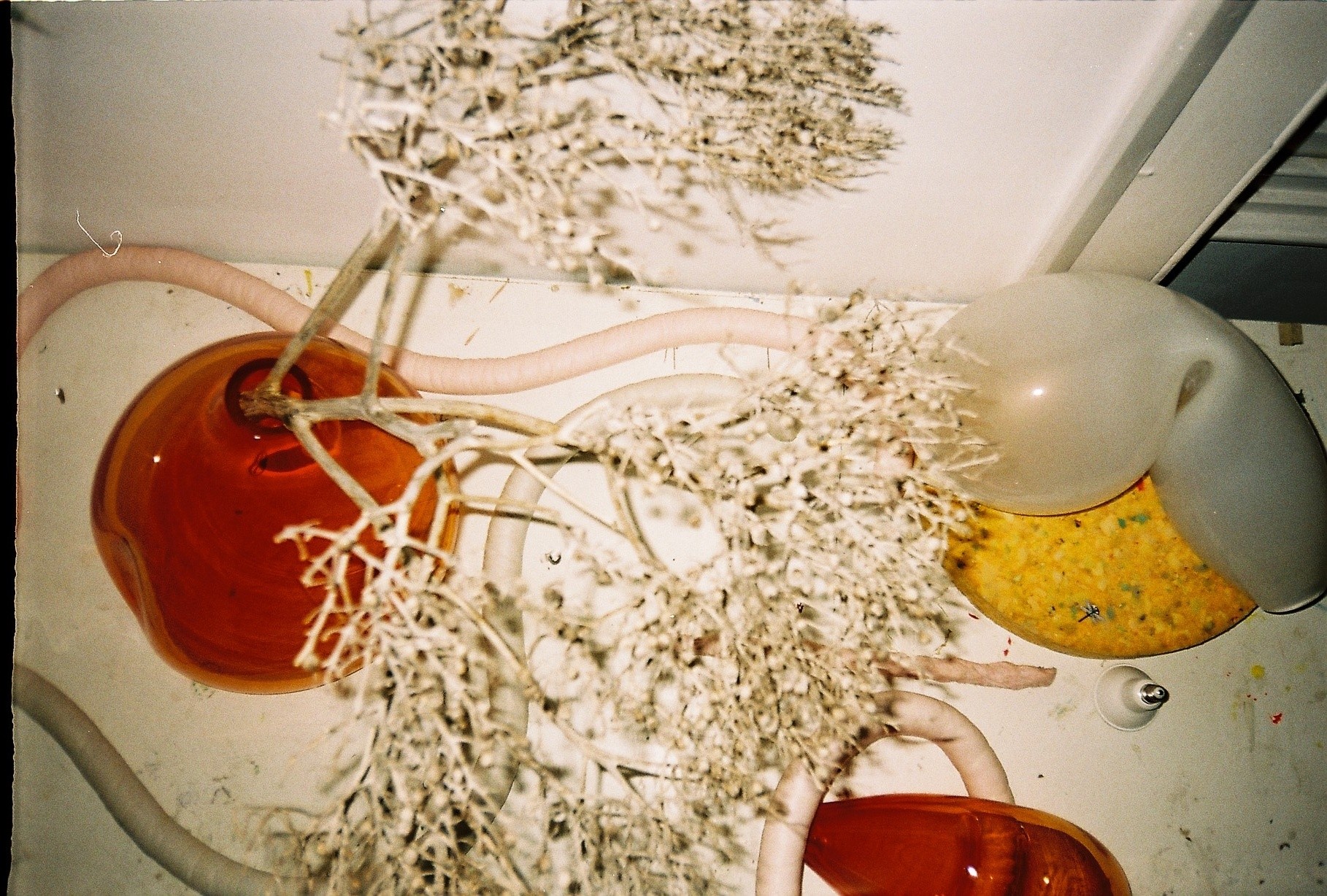