From tropics to trees: taking inspiration from seasonal change and natural forms.

Sat next to a heater in Ellie Pratt’s studio in Cell Studios, Rollins Street, it’s no wonder that the artist comes to her studio more often in summer. Aside from the obvious temperature-based advantages, her works burst with themes of prosperity and cinematic colour, these all naturally attached to rays of sun. Instead of disregarding winter as a form of artistic inspiration, Ellie embraces the challenges the season presents. We discuss that the light of the heater provoked the final lighting in one of her artworks. Looking at this particular painting, which boasts tropical fish and a tantalisingly blue sea, I immediately feel transported to a different time and place. Ellie has been in her studio for eighteen months, and evidence of her days spent painting in the space is spread across the desks, with empty water bottles, stacks of brushes and well-used tubes of paint commanding the surfaces. We drink coffee in mugs by Cary Leibowitz that communicate typical private-view-based conversations, submerging ourselves in the studio space that is dotted with pockets of escape into jungles and tropics. A fern reflects the nature that occupies much of one canvas. Ellie voices that she likes to watch television and films, with these often influencing her thinking that feeds into her artworks to provoke a constant state of evolution. This only expands the walls of the studio she inhabits as she is further taken into new realms. She doesn’t work within a set routine, the artist’s studio days, which constitute only a fifth of her painting time, form part of an organic process of creation. Bringing the natural world into the studio is a common theme, as Ellie has pinned autumnal leaves on the walls, alongside notes and reminders taped up on her mood board. 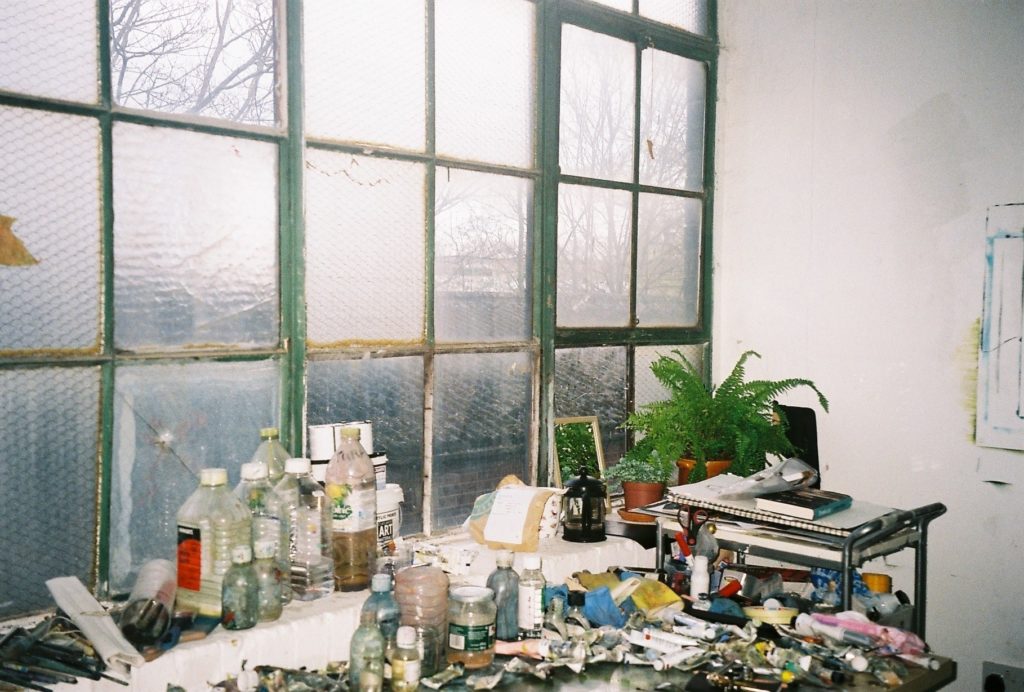 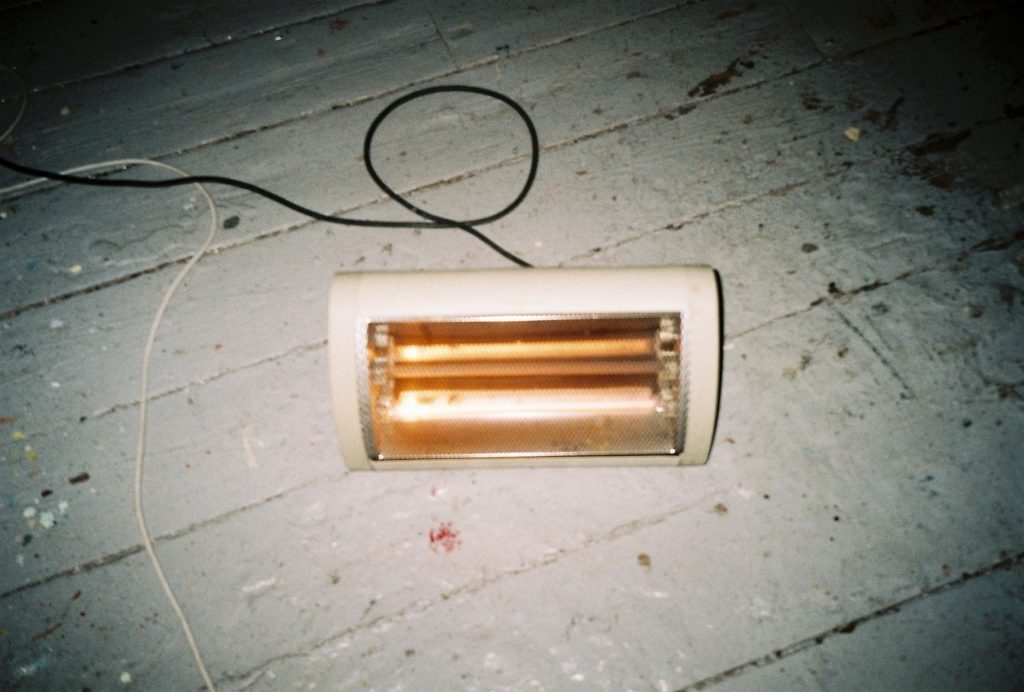 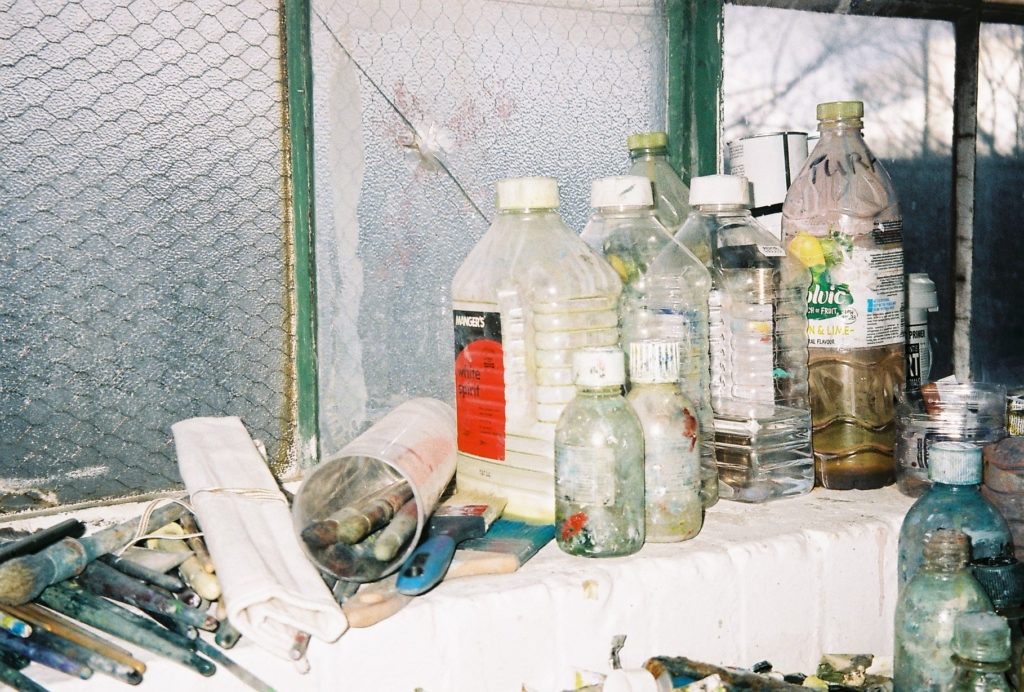